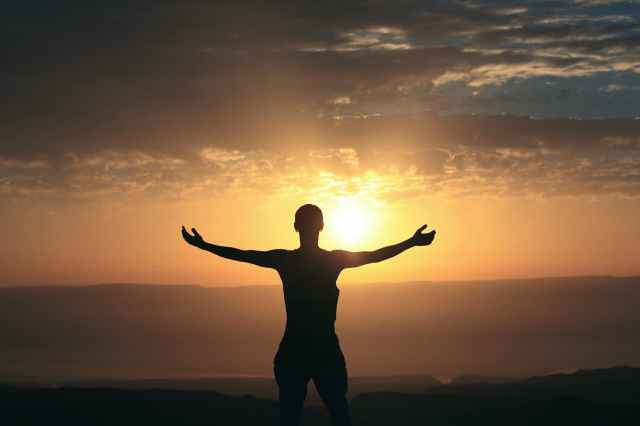 I had lunch in a cafe in Ubud yesterday. I had a conversation with a man who has lived. He was tall, about 60 years old, herculean in build and covered in tattoos. Piercing blue eyes.

He spent 25 years as a stock market trader in the City, working for one of the top US brokers. He was caught up in the typical hedonism of that life – hookers, cocaine and lots of booze.

In 2009, he was let go. Lehman had just collapsed, the markets were in tough place and his type work was increasingly and more efficiently executed by algorithms. His life took a turn for the worse. Both he and his ex-wife ended up in rehab.

He looked at the energy he brought the world. He realised the negative impact he had on the people in his life, and the detrimental influences his surrounds had on him.

He moved to Thailand to get away from it all.

Somewhere, somehow, he ended up in a workshop. He spoke to the teacher. Somewhere, almost immediately, the light turned on for him. His words, verbatim: “love is the only thing that matters, everything else is just stuff”.

He didn’t have much money. He became a personal trainer focused on both physical and mental health development. He never made much money. He is in a relationship for a while where his partner is supporting him financially. He has no money left.

For the last six years, there has been a company making a film about him and his journey. The company making the film offered to pay him, but he refused. He instead wanted the film to be raw and tell his story so that others can learn from it, warts and all, so he asked for some editorial control. The film is coming soon and I, for one, will be in the queue to see it.

Moments before I met him, he had received a message on Facebook. His partner wanted to leave him. He was at a crossroads again.

He happened to be in Ubud to see his teacher once more. He was on his way to the same workshop, on cellular healing, that he had attended all those years ago. He was thinking about not going. We talked. He said that he was in a dark, dizzy place and he thanked me for allowing him a space to open up. It made going to the workshop easier, he said. And he got up an left. I do not know if he went, I hope that he did.

I was in a cafe in when I met this man. I was sitting opposite him, both of on the floor on some comfortable cushions. I was fiddling with my smartphone and he the same on his laptop. Our food came, and we had ordered the same raw vegan lasagne which allowed us to share a smile. We then stayed glued to our devices, but we caught eyes for just a fraction of a second and I asked him if he enjoyed his food. That was the start of the conversation, where I got to learn of this man’s journey in life after telling him mine. How easily the moment could have passed, and how easily they do.

The world is a funny old place. You never know who you will meet, and when. You never know how any small action will have a butterfly effect on the world. You never know what conversations you will have. All you can do is be of loving energy, open mind and present and see what happens. I’m not all or any of these things often, and it needs to be a goal of mine to figure out how I can be like this for much more of each day.